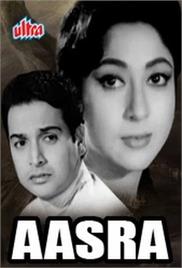 Amar Kumar is an eligible young man, and his parents feel that he should get married. They introduce him to Bishambernath, his wife, and their daughter, Roopa. Amar also gets to meet Roopa’s cousin, Shobha, who is treated like a servant in their house, and is attracted to her. When Roopa finds out that Amar is showing an interest in Shobha, she physically slaps and beats Shobha senseless. Shobha, afraid of another beating from Roopa, keeps away from Amar. Amar has to go abroad for two or three years. He choses not to make any commitment as to marriage until his return. Shortly after he leaves, Roopa and her mom beat up poor Shobha again and have her thrown out. She relates this story to Amar’s parents’, who feel sorry for her and allow her to live at their house. Things take a turn for the worse for Shobha, when Amar’s mom finds out from Roopa’s mom, that Shobha had been asked to leave as she is pregnant, with the identity of the father unknown.