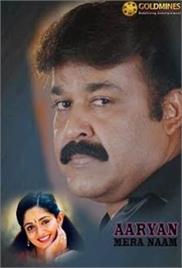 The Movie story deal with Devanarayanan (Mohanlal) a Brahmin priest, who has to look after the entire family. He is in love with Shobana but her father Innocent is against their relationship. M.G Soman falsely accuses Mohanlal, the theft of “Temple thiruvabharana” and forces him to leave his village in Kerala. He reaches Bombay where he gets shelter from Balan.K.Nair and family, who runs a tea shop. Monisha is the daughter of Balan.K.Nair. Some turn of events draws Mohanlal into the underworld and he becomes the trusted aide of the ageing don Kareem (Goga Kapoor). Ramya Krishnan working for the same gang gets closer to Mohanlal. Jhonny, from the same gang join hands together with rival don ( Sharat Saxena ) and Kareem’s son and daughter-in-law, Monisha are killed leaving Kareem in a path towards religion and leaving all under world business. Now Sharat Saxena plans to leave Bombay, but Mohanlal gets him arrested.Later he proved his innocence to his father.But that time Sharat Saxena killed Ramya Krishnan.