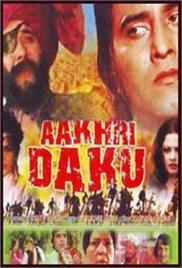 Mangal Singh played by Vinod Khanna is a dreaded dacoit of the Chambal valley who mercilessly loots people and kills them and has a reward of Rs. 5000 on his head which becomes Rs.50,000. His lady love is Champa, played by Reena Roy, who wants him to leave this life and get married to her. On the other side of the coin is Bhola, a village simpleton, extremely honest and religious, who is very poor and so is scolded by his mother played by Achala Sachdev. Taking offense he decides to end his life and in the process is caught by Mangal Singh’s aides, who take him to Mangal Singh. When Mangal Singh comes to know that Bhola wanted to end his life due to poverty, he trades with him that as Mangal Singh’s true identity is not known by the police, Bhola should become Mangal Singh, get caught deliberately and hang instead of him, whence the real Mangal Singh will collect the reward of Rs.50,000 from the government and give to Bhola’s family. The course of events however reveal that Mangal Singh is in reality Bhola’s true brother. Also Bhola’s lady love, played by Rekha will not let him commit suicide and chides him for running after money. The police however have already recognized Bhola as dacoit Mangal Singh. Will Bhola’s stance be vindicated and what will be the fate of the real dacoit Mangal Singh?